Best Spots for Stargazing and Meteor Showers in WA in 2020

As slowly maturing millennial who’s outgrown the party scene (and those who didn’t bother), we are often faced with a question more diabolical than what do you feel like eating?

“What shall we do tonight?”, which is then followed with a standard “I don’t know, there’s nothing to do in Perth”.

Now, if you’ve lived in Perth your whole life, then you’d know this back and forth ritual too well, I mean what else is there to do besides eating, drinking or laying in bed?

That’s all about to change.

We’ve already given you the best 4×4 beach accessible tracks, off-road tracks, and listed some of the top fishing spots all around WA, but we’re going to add one more to the adventure journal.

So pack the awning, load up your 4×4 with all your essential camping and fishing gear, and get ready to enjoy a night under the stars. Here’s some of the best spots for stargazing in WA for 2020.

If you think The Pinnacles looks fascinating during the day, wait till you see it at night. Kick back, eyes up and witness a dazzling display of stars sparkling as they illuminate the dark night sky. It is one of WA’s most popular attractions for astrophotography, especially during a full moon where the limestone structures come to life.

Not too far from The Pinnacles are the Lancelin Dunes. As one of WA’s beach accessible 4×4 tracks, you’ll have no trouble getting the best seat in the house.

It’s one of the best places to go stargazing, four-wheel driving, fishing and sandboarding. Unfortunately, there is no free camping available, in fact you can’t camp anywhere in Lancelin and will need to opt for local accommodation.

If you’re keen to learn a little more about the universe and don’t feel like driving 2 hours just to get a glimpse of what the beautiful night sky has to offer, then you’ll want to check out the GDC Observatory or The Space Place.

If you’re planning a camping trip packed full of activities, Moore River is definitely the place to be. There are plenty of 4×4 accessible tracks and campsites available to pitch a tent, caravan parks and accommodation options.

The banks of the river are perfect to spend the day fishing, swimming and kayaking, while at night they become a stargazers heaven.

Located ~113kms South of Perth, just over an hour drive.

Lake Clifton is known for its living rock-like structures called Thrombolites which have formed around the edges of the lake. Enjoy the best views of the amazing star-lit sky from a jetty that veers off into the water. Whether you’re there on a romantic date or in search for some spectacular astrophotography, Lake Clifton does it all.

Only a 30-minute drive from the Perth CBD.

Find a nice little spot along Zig Zag Hill descent and lookup for a beautiful view of the night sky or simply lookout over the horizon to see spectacular lights of our city’s skyline.

With the perfect stargazing spot sorted, here’s the grand finale…

If you’re a stargazer who’s after a little more excitement in the night sky, or looking to impress a special someone, here are the best meteor showers to lookout for in 2020.

Expect 10 to 15 meteors per hour during the peak. Uncommon surges can sometimes bring the rate up to 100 per hour. You’ll want to be looking near the bright star Vega, in the constellation Lyra.

Expect to see 30 to 60 meteors per hour on a dark, moonless night. We recommend setting up camp an hour or two before dawn. Lookout to the radiant near the star Eta in the constellation Aquarius.

The peak is expected to be around 10pm to 11pm local time and 2am the following morning. This is one of the most spectacular meteor showers and is said to be the most candescent viewing of meteors.

The benefit of the Perseids meteor shower is that you don’t need to know which radiant and constellation (Perseus the Hero) to watch from as these swift bright meteors can be seen anywhere in the sky.

The Orionids meteor shower is a famous occasion where the Earth encounters a stream of debris which has been left behind by the infamous Halley’s comet. It’s been said that 2020 might be the best time to look up and watch these fragments get vaporised in the night sky.

Expect 10 to 20 meteors per hour, with fast-moving meteors occasionally leaving a beautiful candescent trail. You might even get lucky and see some produce a bright fireball.

Let's gear up your 4WD 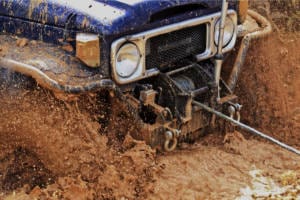 This is one of the most common questions asked by our customers when upgrading their 4x4 vehicle. And the answer is often the same.  If you plan on going off-road,... READ MORE

Your Go-To Tyre Pressure Guide For Tackling All Terrains

Your Go-To Tyre Pressure Guide For Tackling All Terrains Get the most out of your 4x4 across any terrain with the recommended tyre pressure that keeps you trekking.  If you’re... READ MORE 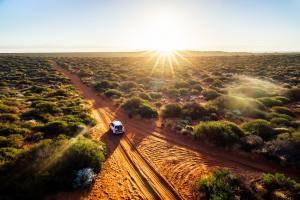 Get inspired, mod up your rigs, and get your checklists ready because it’s time to plan your next off-roading adventure. Are you sitting there on your couch in self-isolation itching... READ MORE