The Best 4WD’s for Towing a Boat

The Best 4WD’s for Towing a Boat

Explore Australia by land and sea with the top 8 SUVs and 4x4s for towing a boat.

Are you a 4×4 adventurer looking to up their game from land to sea?Someone who’s tired of fishing off the WA beaches and seeking what big blue has to offer?

Well, if you’re on the cusp of getting a boat, or already have one, you’re going to need a rig that’s powerful and strong enough to not only tow your boat, but everything AND the kitchen sink.

With that in mind, going bigger and higher isn’t always the right decision.

There are a number of factors to bear in mind when shopping for a 4×4, including total maximum weight (vehicle + payload), rear axle capacities, towing stability, as well as fuel tank size relative to fuel economy.

To be classed as one of the best 4WD’s for towing, it must perform well on and off the road and must maintain optimal driving conditions while towing a boat.

It needs to be comfortable, easy to handle, have plenty of room for the fam and all of your gear, as well as adhere to WA safety standards and regulations.

To ensure you purchase a 4WD suited to your lifestyle and not simply for the biggest amount of torque offered, we explore the best SUVs and 4WDs for towing a boat.

Nothing beats a dual-cab ute that can blend among the classiest of city cars and still carry a boat effortlessly. The Wildtrak X is popular for a reason: it delivers without compromise on looks.

With a 3.2-litre five-cylinder turbo-diesel engine, it’s got grunt. Outside is sleek with 18-inch Bridgestone Dueler H/T rubber wheels and wheel-arch flares, a black nudge bar and in-built Ford snorkel.

Inside, you’re getting plenty of space to fit five adults. The cup holders and extra storage under the seats are a nice touch. The lockable tub cover cuts out fretting about running in and out of places and wondering if your tools get nicked.

The Toyota range has tried to offer a variety of vehicles to find the weekend warriors with the desert nomad. The Rogue doesn’t skimp on the flair one wouldn’t mind having when driving around the city, yet can still pull the boat with ease.

Toyota’s Rogue is not the Rugged X, and that’s what makes this dual-cub Rogue stand out. With 18” alloys and an aero inspired resin sailplane sportsbar, there’s still all the bits you want in a boat-towing ute while not standing out like a sore thumb among city sedans.

The 150kW 2.8L turbo diesel engine will pull with ease, and adaptive cruise and hill descent control, AEB and road sign detection, as well as improved suspension, lessen the panic when driving long and short distances.

Inside you’ve got some sweet accessories. Chuck in all your fishing gear in the tub and lock it up with a motorised roller cover – using your key remote to lock.

The digital speedometer is a nice touch. the 9-speaker JBL audio system, and a decent-sized 8-inch screen in the dash with Apple CarPlay and Android Auto set up.

If you’re a weekend warrior with a full time trades job then you’re going to have to consider the Ford Ranger Wildtrak Bi-Turbo.

Despite having the smallest capacity engine, compared to other utes within its class; Holden Colorado, Mitsubishi Triton or Toyota Hilux, the Ford Ranger XLT Bi-Turbo offers the most power and equal-most torque.

The sequential turbo system has been designed to give you more torque early on preventing you from running out of power at higher revs. This makes it excellent for lugging around heavy payloads, like a boat, as well as all your camping and fishing gear.

Compared to the Ranger XLT Double Cab (discussed below), the 10-speed automatic Wildtrak is faster, more fuel efficient and has a larger towing capacity of 954kg, and drives more comfortably while braking.

Not only is the Ranger Wildtrak capable of towing a heavier payload, it does so in comfort, allowing you to feel more planted on the road while towing a boat.

Rated as one of the best vehicles for towing in 2019, the Ford Ranger XLT Double Cab is fully capable of towing a boat, the fam, and all your essential camping gear.

The 10-speed 2-litre automatic is one of the most fuel efficient utes on the road at 7.4L/100km without a payload and 18.6L/100km with. A sequential turbo system provides more boost at low engine speeds earlier on and eventually transferring it to a larger turbo at higher revs for a better performance.

It comes equipped with all the essential 4WD tech, including tyre pressure monitoring, trailer sway control, stability and traction control, as well as hill descent control to help when the going gets tough.

Although the Ranger XLT is swift, agile and packs a punch, it’s slow steering and large turning circles make it a nightmare to navigate in narrow shopping centre car parks.

For all Toyota fans devastated about the 2500kg towing capacity on the manual models, as of 2018 you can now get a maximum towing capacity of 3000kg on the 2.8-Litre four-cylinder turbo-diesel 6 speed automatic.

Harnessing a 150 litre fuel tank, the Prado GXL is capable of touring up to 650k~ at approximately 17L/100km before having to make a step at the servo.

Although it’s capable of towing a higher capacity of 3000kg,, it’s definitely not a natural at lugging heavier trailers or boats. You may find the vehicle reacting to small steering inputs at 100km/h with a bit of tail wag coming from the trailer.

So we recommend some sort of distribution or anti-sway friction device if you plan on hauling a large boat around Australia.

However, where most of its competitors may struggle, the Toyota LandCruiser Prado GXL has exceptional ride quality and cabin comfort. Minimal bobbing or jitters can be felt inside the cabin while towing a trailer or boat.

For those who are after more power and towing capacity and don’t mind forking out ~$30,000 more, then the Toyota LandCruiser 200 Series GXL will not disappoint.

This heavy 4.5L V8 twin turbo diesel beast is as thirsty as you the day after Australia day, hungover and dying for 2 litres of powerade, but glides as smoothly as a pack of South Perth cyclists on a Saturday morning.

For 12 years, the 200 Series GXL remains the go-to heavy hauler for most Aussies towing large caravans and boats and don’t mind splashing a little more cash. With a heavy load hitched, the LandCruiser may lose its tail-up static unladen stance by half a centimetre, but the nose only rises a couple of millimetres.

It’s extremely stable on-road, and unlike the Ford Ranger, the Prado has no problems driving up hill and engine braking on a hill descent. It is by far one of the most reliable vehicles delivering a comfortable, more stable drive with or without towing.

Now we couldn’t have done the best towing 4WDs and SUVs without mentioning the Mitsubishi Pajero Sport: Exceed. When it comes to maintaining a smooth and comfortable ride with a heavy payload, no other vehicle does it more fuel efficiently than the Pajero.

When it comes to safety assist, it has nothing short of the 20th century, with trailer stability assist, hill start assist, active stability control, and electronic brakeforce distribution.

The Pajero is capable of maintaining a good consistent speed in a straight while lugging around a heavy payload and provides a comfortable, more stable drive for occupants inside. One of it’s largest benefits is being able to comfortably sit 7 people, with foldable back seats for more gear.

It’s also one of the most affordable SUVs with high towing capabilities and all-round driving experience.

The Nissan Patrol has been long considered a rival of the Toyota LandCruiser 200 Series and Mitsubishi Pajero Sports: Exceed. The spacious 7-seater is a 5.6L, naturally aspirated V8 7-speed automatic that is capable of pumping out 298kW, with the bulk of its torque coming through at 1600rpm.

Not only can it produce similar output as its competitors, it’s also almost $10,000 cheaper than the Toyota LandCruiser 200 diesel.

Being a large and heavy SUV, it places itself between the LandCruiser 200 and Sahara, with a 3500kg towing capacity and a long wheelbase, making it a perfect candidate for towing large boats and caravans.

With a gross vehicle mass of a whopping 7000kg, the Patrol can carry a 750kg payload, so if loaded to its 3500kg maximum GVM, it still has room to tow a full 3500kg capacity.

The Nissan Patrol is fit for purpose and is suitable for any lifestyle, be it on the road or off-road adventuring, and is more than capable of towing a large boat while maintaining a comfortable, stable ride.

Can electric/hybrid cars tow a boat or caravan?

With all electric and hybrid cars on the horizon, it leads us to question whether or not these vehicles are capable of towing a boat or caravan, and if so — is it practical?

EV’s and hybrids are capable of producing plenty of torque, which makes them ideal for towing. But what happens when you attach a heavy payload? How does their performance, range and economy compare to a LandCruiser 200?

The range of an electric vehicle is significantly reduced when towing a heavy payload, this would mean you’d have to stop more frequently to recharge, if you can find any charging stations to begin with.

The Mitsubishi Outlander PHEV is one vehicle making waves as one of the most affordable hybrid vehicles capable of towing up to 1500kg. Once you have exhausted the electric range, it will then switch over to the 2.0litre petrol engine, sacrificing the economic benefits of the hybrid side.

Here are a few tips to keep in mind as you turn the key to the ignition and set out on your journey:

View more info on the WA road rules and 4wd mods when towing.

If you are considering taking a few trips into the outdoors with friends or family make sure you are fully equipped with the right vehicle and towbar. Don’t forget to go through some car checks to make sure it won’t fail you on the go and know the best practice for towing your caravan safely and hassle-free.

Feel free to consult us for any information you may need to make your next camping trip a success. With over 30 years’ experience, we’ll point you in the right direction.

Let's gear up your 4WD 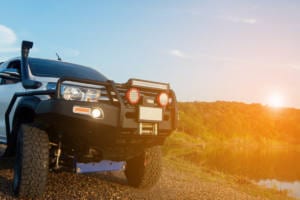 How to Choose The Right Bull Bar For Your 4×4

With so many different types and brands of bull bars on the market that are suited to a wide range of vehicles, how do you know what’s right for you?... READ MORE 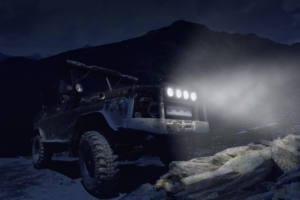 The Bright Guide to 4×4 Lights

There’s a lot to consider when finding the best driving 4x4 lights options. From LED lighting to 4x4 spotlights with HIDs, there’s plenty to consider and lots to know. Get... READ MORE 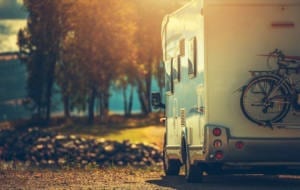 For many campers, having access to fresh water for drinking, showers, and sinks can be a true luxury. However, if you want to be able to access fresh water, you’ll... READ MORE