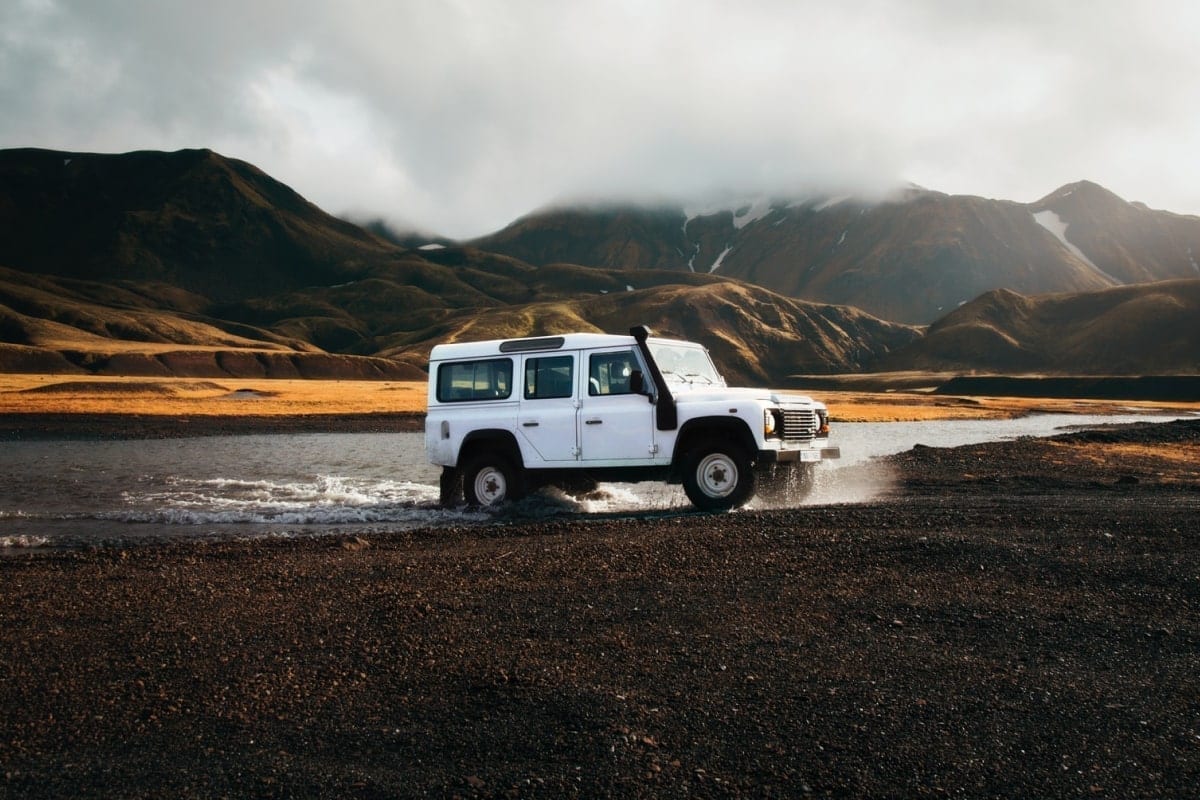 With so many new hybrids and range-extended electric 4WDs on the way, we’re living in the future! And many are asking themselves: is it better to get hybrid or all-electric cars? Although there are very few serious 4WD hybrid offerings on the Australian market, we know that more are coming soon. So, consider this your guide to all things electric vehicle-related. Let’s begin!

What is a Hybrid Car?

Can hybrids be 4WDs? The answer is a resounding yes! A hybrid vehicle is any car with two different types of motor. This usually entails a petrol motor paired with at least one electric engine. The only diesel-electric hybrid currently on the market in Australia is the Mercedes-Benz E300 BlueTec Hybrid.

How Do Hybrid Cars Work?

We can classify hybrid cars by their level of hybridisation, namely mild, full and plug-in.

The electric motor found in a mild hybrid car can’t drive a car all on its own. It merely starts the engine, assists during acceleration and provides regenerative braking.

In this hybrid type, the petrol engine always runs unless the car has stopped or the speed is below 8km/h, approaching a complete stop. Since the electric motor has a limited role, it doesn’t need to generate much power, so the battery pack doesn’t have to store much energy. This helps reduce the drivetrain’s size, weight and cost.

Picture a mild hybrid drivetrain as an advanced automatic engine start and stop system. The driving experience isn’t too dissimilar but has a few crucial changes.

For example, a mild hybrid can stop and restart its petrol engine an almost limitless number of times. The engine may not always cut out at traffic lights in mild hybrids, especially if the air conditioning keeps you chilled.

Mild hybrids available in Australia include the Honda Jazz Hybrid, Civic Hybrid, Insight and CR-Z and the Smart ForTwo MHD.

Full hybrids, like the ever-popular Toyota Prius, have electric motors powerful enough to power a car all on its own, although not too far nor too fast. Electric-only operation only goes up to about 30km/h with a range of a kilometre or two.

While newer models can go faster and a little further, you’ll still need to use the accelerator very gently. A full hybrid will struggle without the combustion engine kicking in at an incline.

Contrary to popular belief, full and mild hybrids don’t need to be plugged into the grid. Regenerative braking and siphoning excess energy during acceleration or cruising is powerful enough to keep the batteries charged.

Earlier hybrids suffer from bulky drivetrains, where you quickly notice the shift between different power modes. At present, full hybrids account for Australia’s most significant chunk of hybrid sales, with Toyota’s models taking the cake.

Given the limited electric vehicle (EV) range of full hybrid cars, one would think that why not just fit higher-capacity batteries? However, the batteries become too large to replenish through regenerative braking and opportunistic engine charging.

These higher-capacity hybrids must be plugged in to recharge. Charging times will depend on the battery pack size, but it’s best to allow three to five hours. Their unique ability to store more energy in the same space makes lithium-ion batteries the preferred choice for plug-in hybrid cars.

Plug-in hybrids drive like electric cars with fully-charged batteries. Once you breach the electric motor’s speed threshold (usually between 100 and 130km/h) or attempt to fuse the carpet and gas pedal, the petrol motor will start. After a plug-in electric-only’s range of between 30 and 50km has been exhausted, PHEVs operate like a regular full hybrid car. The future is PHEV, Australia!

Which hybrid car is the longest range electric car? The BMW Active Hybrid 3, 5 and 7, Porsche Cayenne Hybrid, Infiniti M35h and Q50, and Mercedes-Benz E300 BlueTec Hybrid are newer on the market, all featuring lithium-ion batteries, similar to ones employed in smartphones and tablets, making these the longest-range electric cars available.

However, there are only two plug-in hybrids in Australia, namely the new Mitsubishi Outlander PHEV (1.9L/100km) and the Porsche Panamera S E-Hybrid (3.1L/100km).

What is a Range Extender?

Extended-range electric vehicles — or range extenders — are alternative electric cars. They eliminate range anxiety while maintaining many benefits of their purely electric counterparts.

The term ‘range extender’ refers to an electric car with an electric drivetrain — one or more electric motors and a battery — and an internal-combustion engine. While this setup is the same as a hybrid, the critical difference is that in a range extender, the internal-combustion engine (diesel or petrol) functions only as a generator for the batteries, never driving the car’s wheels on its own.

Unlike a plug-in hybrid or full hybrid combination that automatically switches between the two power sources, a range extender vehicle is only propelled by the electric motor. Thus, it always feels the same from behind the wheel, although it sounds different. The noise of the small generator charging the battery is something to get used to.

What is the Advantage of a Range-Extender Hybrid?

Range anxiety, which is a worry on the part of the driver of an electric car that the battery will run out before a charging point is reached, is a danger in the world of electric vehicles.

Because the petrol engine significantly boosts the vehicle’s range and can be topped up at regular fuel stations without the need to charge the car’s battery, it’s proven that range extenders effectively erase range anxiety altogether.

If you can’t recharge your vehicle’s battery, you can still drive your car, relying on fuel rather than electricity.

The Best 4WD Australia Has to Offer

The best 4WD Australia can offer you is the one you already own, so head to Total 4×4 for all the fit-outs and 4WD gear you can imagine. Contact us today for all your Hybrid SUV or electric 4×4 needs. Remember, you don’t need a Tesla 4WD to give us a call!

Give me a free quote!

Simply fill in the form below and we’ll get back to you on a detailed quote.

Back to blog
4x4 Guides

A Guide to Choosing an Off-Road Caravan

Read
Back to blog